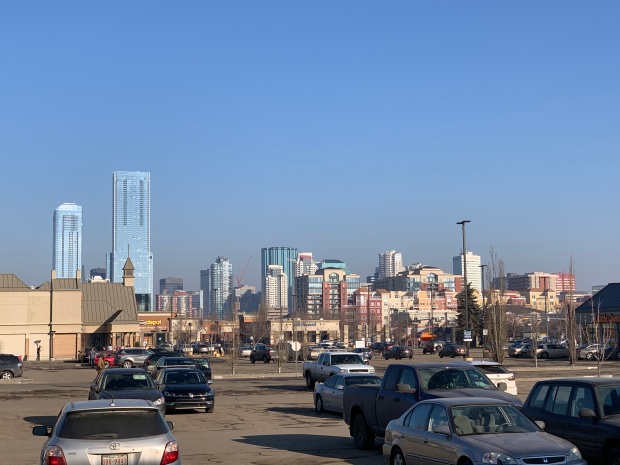 Let me try and describe for you a quick look at a harsh reality. It isn’t a pretty one, but one I will have to face up to in the following months as I move further away from that scenario. A room, nothing but a non-ventillated room with a tiny bathroom attached. The room is no more than 10 feet by 15 feet, and inside of it lives a very ill young man presently having medication problems and who is surrounded by a lifetime of possessions. A book case covers one wall, packed full of every kind of book. More books are in the cupboard space instead of food, and more are laying randomly on the floor. The floor is littered with clothes new and old, garbage, full packs of cigarettes, dirty socks, and the odd can of beans or other uncooked, ready to eat food. On every flat surface piles of papers or CDs or other items are stacked beyond a safe height, and inside the fridge there are many items, but none of them are useable. This was my reality before I spent six months in a psychiatric hospital where I wasn’t even allowed to go home to pack my stuff up when I was evicted for displaying the signs of a person with a mental illness.

Sometimes I like to think that back then I wasn’t a hoarder but just a book lover or a music lover. But the plain truth was that I was being choked to death by all of my possessions. I didn’t want to let go of them for any reason. I think it is often the common reason people hoard things is that they feel they have more value than others do, that they can somehow sell them. The idea in my head was that somehow I would read all the books, even though I was consistently buying more books than I could read at that time. Lacking proper space to cook, I was also forced to buy food out or sponge off of my elderly parents which definitely wasn’t sustainable. I think at this time I was a hoarder. I tried an experiment though, a lot of my stuff was put into storage for after my release from hospital, and after spending two years paying for storage I hadn’t once needed to go to get more stuff from there, and I realized that I actually didn’t need any of that stuff. I stopped paying the storage people, they sent me a few nasty letters then auctioned off my things and that was that. The main problem was that I had already begun to accumulate more things.

I have a friend who is definitely a hoarder who lives in a small house stuffed to the rafters with books he will never read, records he will never play and videos he will never watch. At one point he confided with me that when he bought something, it almost gave him a sexual thrill. At first I thought this was a pretty sick thing, but later in years I have heard that many people actually experience this same thing. I think the important thing to understand though is that it is essential to gain awareness of a problem like hoarding, and that there is a great deal of help out there for people to want to change.

It is quite a few years since that incident when I was not only severely mentally ill, but also drowning in more possessions than I needed. What has changed is that I have stabilized on medications, which work well for me, and I have much more space than that tiny little apartment. What I desperately would like to know is if I am still a hoarder.

In the time since that six month hospitalization, I developed an interest in reading comic books. I had once collected them as a child, when I was 10 and I had an impressive collection. Now I don’t read them as much but they have become easy to purchase, I now have thousands more than I ever did, despite that I don’t have a lot of time for reading.

So in all this time since my last hospital admission (19 years) I have fought to find a balance to my life, and I have discovered a movement called minimalism. I find it extremely fascinating, the claims they make are huge though. Get rid of 90% of what you have and you will feel 200% better. Declutter your home and declutter your mind. A lot of it makes sense to me, but I have hit a roadblock. I have this huge collection of comics recently bought and I just don’t know if I can sell the comics at a huge sacrifice, never having taken the time to read them. This surely must be hoarding at its worst, and to break out of the cycle I am going to have to make some really hard decisions. The only way I really know how to deal with it is to read books like “The Life Changing Magic of Tidying Up,” a beautiful book about purging possessions and reorganizing ones’ home. I know it will be difficult, but I think one of the most important things is likely that I shouldn’t worry about getting my money out of the comics. What I really have to focus on is finding a way to force myself not to buy any more, and I am lucky to have a resource in Edmonton that many of us can access with ease, there are graphic novels galore in the Edmonton Public Library. There are actually also a great deal of comics online, but I can’t comment due to lack of knowledge on copyright status and such. One of the wonderful things about the computer age is that it almost seems all one needs is a decent computer and only the very essential necessities of life and you can make it.

There are some truly encouraging reasons to embrace minimalism. The idea that one can either lower the amount they work without worry or work like they did before but be able to save much more, save for things in life that truly matter, like a life-changing vacation or being able to take your spouse out for a special meal at a fancy restaurant you enjoy more often. For me, as I sit at my desk writing this now, all I can think about is what it will be like when the clutter and papers of my work space are cleared and I can think of nothing but writing. I have also been thinking that if I use some of the space in my apartment differently there is no reason why I can’t hold onto my comics, but the essential thing I think is for me not to buy any more, so I have been trying to read up and listen to podcasts on living with less.

Last week I went into kind of a cleaning frenzy. I took all my clothes, piled them up on my futon, then got rid of each and every stitch of fabric that I wasn’t using or didn’t give me immediate joy. I was going to move on to do more this weekend but Edmonton has been hit with a brutal snowstorm and temperature drop which has made it impractical for me to complete my scheduled purge. Books are next. This is going to be the hardest part of it all I think, I have loved books since I was very young, but I think I should go easy on myself and include books but not comic books. I have this idea that I can simply pare down my comic collection to a manageable amount, but the truth is no matter which way I do it, this can become a very emotional time for a person who has had a lot of stuff for a long time. One thing I do know is that changing the way you view possessions, and not letting what you have define what kind of person you are, is so worth it.