Hello Dear Readers! Just experimenting with a new format, you can click any of the highlighted links in the following blog, I just ask that you keep in mind that these items are copyrighted and it would be great if you could support the makers of these materials by buying a book or CD of theirs. Enjoy and let me know what you think of blogs made in this way

Bob Seger’s Roll Me Away

Roll me away. This is a song about, among other things, a motorcycle trip for someone who is feeling lost and doesn’t seem to fit in anywhere in the world. I think a lot of people, not just those who suffer from a mental illness have that deep-seated desire to get on a bike and leave everything behind. I know that one of the most amazing and magical books I ever read was “Zen and the Art of Motorcycle Maintenance” not just because it was the very first book I ever read that spoke of mental illness, but also because of the glamorizing of the idea of exploring the US on a motorbike. I have had a few bikes, and the time I spent riding them represented some of my happiest times. Below is another version of the best bike I ever had, a 1978 Honda 750-four. I loved everything about motorbikes, the power, the open air, the feeling of freedom. The bike was, for lack of a better term, good medicine. But sadly eventually my mental illness got the better of me and I became too timid on the bike, unable to ride it even at normal highway speeds due to anxiety. 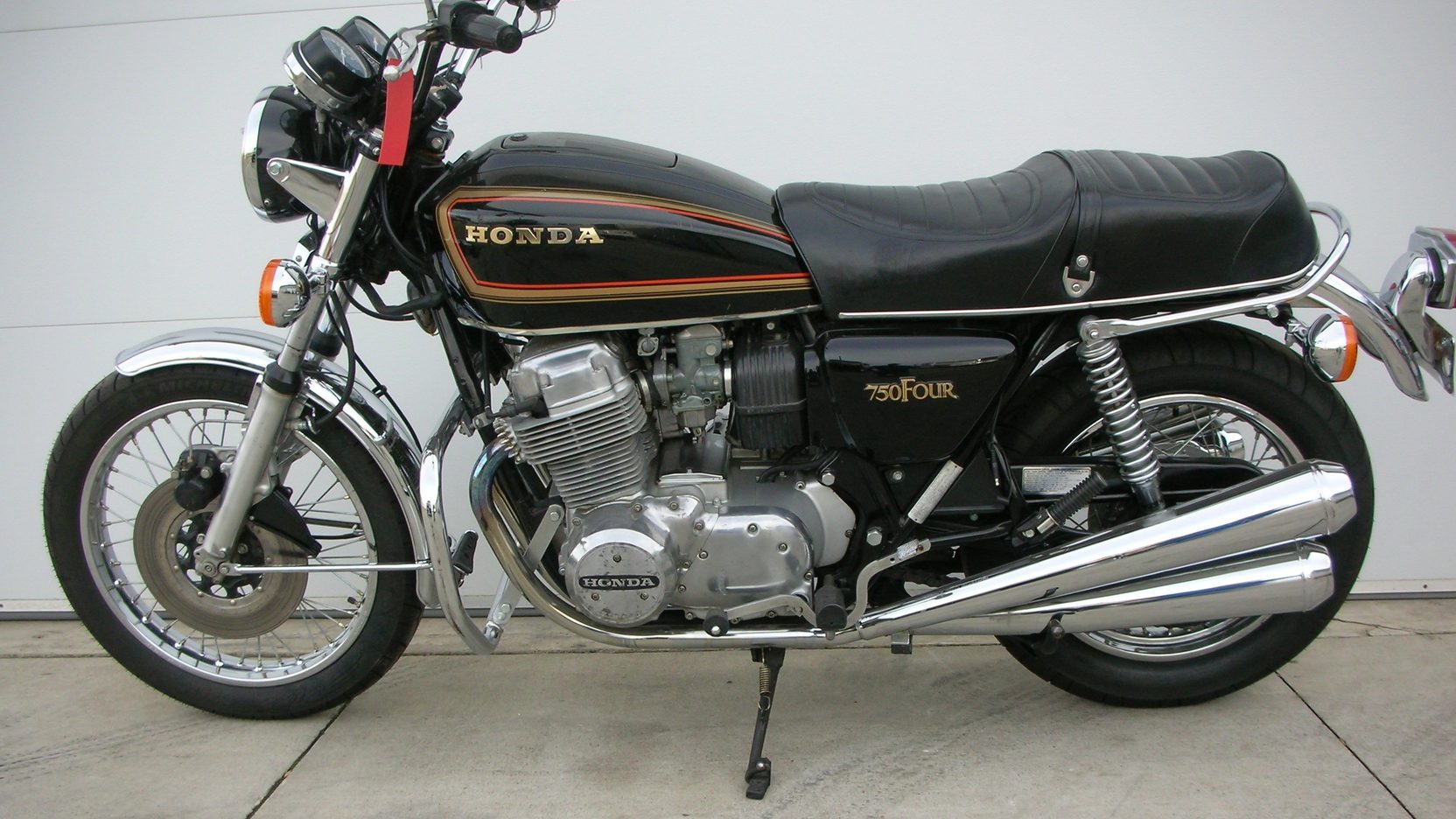 another song that means a lot to me is a Bruce Springsteen creation, Born to Run I love how Bruce starts out the video version, he says, “Remember in the end, nobody wins unless everybody wins” One of the things that draws me to Bruce Springsteen is that not only does he seem to suffer from depression, perhaps even bipolar disorder, but also that he has a social conscience, and I suspect he leans pretty far left. When I was a teen I was completely obsessed with Bruce Springsteen, I can recall writing out the lyrics so I could memorize them. One day I was in a class in high school and I sang this song as best I could and a girl that heard me sing it had a tear run down her face. The song is about young people and their mating dance and how cars end up defining people and many other things, but I one aspect of this song shines out, that is the mention of suicide. When you listen to a lot of Bruce Springsteen, whether this is something intentional or fictional or not, you can really get an idea of what severe depression as a diagnosed illness can be like. When I was 17 I had the best possible car a person could have, I had some great friends, an awesome job, but it all seemed to be slipping away from me and I couldn’t shake the feeling of deep, debilitating sadness. Anyone who experiences this and has had the proper treatment and is in recovery from depression should read a book I picked up recently called Hello I Want to Die Please Fix Me by Anna Mehler Paperny. She does an almost endless amount of research on clinical depression and other mental illnesses and tells her own story of being a journalist while suffering from her mental illness. I count myself very lucky because my depression is extremely well controlled by anti-depressants, which allows me to get treatment for my other issues, but in the end, music is my healer.

There is another song that means a great deal to me by a man who, from what I understand, is a friend of Bruce Springsteen’s, called Running on Empty by Jackson Browne there are so many lyrics in this song that really speak to me. He sings about love, about the open road, about things that every person is either doing in one way or another (running away from life–in a car.) it seems to take the influence of a lot of popular culture that is expressed in other ways. One of the biggest things that brought me to this music, this song in particular is that I think it was on the Forrest Gump Soundtrack. I went through a period in my life when I did nothing but run away–I hitch hiked to the coast, I travelled the western states, and one of the things that was my only solace at the time, I ran. I ran ridiculous distances, pounding away at the pavement night after night. The runner’s high was pretty amazing, but deep inside I was hurting terribly and I ended up running so much that I injured my knees to the point where I had a lot of trouble just walking for years to come. The weirdest thing was that after I went on my journeys, there was no more home to return to, no real place where I was welcomed. I recall when I was only on the coast for a couple of months and had to come home to take care of some stuff and when I got off the bus my whole family was there to welcome me. It never happened like that again, in fact one time I made it back to Edmonton while I was struggling with my mental health I had to almost sign my life away just to get a ride to a hospital from my sister’s boyfriend.

Well, I hope you like the format I did today’s blog in. Please feel free to write to me and comment on if you prefer it or not. I can see myself putting in more YouTube links to help describe some of the mental health issues I have gone through and those I have recovered from. My address as always is viking3082000@yahoo.com and I hope you stay healthy. The most important part of what is going on right now is that you follow the rules: don’t come close to others, do your best to sterilize and/or wash everything you can, including indoor surfaces, doorknobs, even your food, and stay inside. Best wishes everyone!