An old saying goes that “a man who has one friend is a rich man”.  This is definitely true.  It makes me think back to the days when I was determined to live on my own yet I was dealing with so many problems that even family members had a hard time being around me.  I had one good friend who lived two blocks away, and though he was a hoarder and a bit of a jerk, it meant a lot that we could get together and share what little food we had or go places.  He got me through a lot of tough times.  I recall that despite any drawbacks he may have had as a friend, he was kind in some ways and we spent many nights watching his VCR recordings of Simpsons TV programs.

That was a time in my life when, due to both illness and poverty, I lost a lot of friends.  One time two of my former Air Cadet buddies took me on a trip to Jasper, a beautiful rocky mountain park 3 1/2 hours from Edmonton, and I made a complete fool of myself.  For some reason I equated being friends to alcohol and I consumed way too much of it and did a lot of stupid things that I don’t remember.  Things have changed a lot since then.  I have decided that the perfect amount of alcohol for me to take in is zero, and the best way to accomplish this is to stay away from the stuff completely.  No bars, no comedy clubs, no casinos, etc.  By some strange twist of fate, this has caused me to become very reliable despite the extra sleep I often need and the benefits are huge.

I have one good friend right now who lost his driver’s license, and trusts me enough to use his vehicle all I want in exchange for a few rides here and there.  My two roommates, though chosen for me by the group home I live in I count as friends and they let me skate along doing very little around the house and both of them buy all of my books off me.  One of my roommate friends, who is an East Indian from Texas, reads just about all the stories I write while in draft form and gives me feedback.

It is hard to say which of them is my best friend, but I have three friends right now that are extremely important to me.  The first of them is Caroline, a young woman who I have been close friends with over the past 23 years.   We met in school and for a short time we had a romantic relationship but the friendship part of it never waned.  Even last night we talked on the phone for 3 1/2 hours.  I really don’t know what I would do without her.  She is such a good friend that I know for a fact that if it weren’t for her, I would have moved back to Vancouver, on the west coast a number of times, which only would have caused problems for me.  The next extremely important friend is my Dad.  I can’t even begin to say how important he is and has been.  I recall being just a tot and sitting beside him in a child’s chair eating his favorite snacks of cheese and crackers and having him teach me to play chess at a very young age.  Yesterday I went and picked him up from his senior’s home and we went to a bookstore and out for coffee, and it just feels good to be around him.  We talked about a lot of things, but mostly my favorite topic-books, and he made some suggestions about a short story I sent him to look over.  At the end of the day he sent me home with two books by William Faulkner he wanted me to read and two other books he bought for me at the store.

The final friend of the three is a man I met while he was working as writer in residence at the University of Alberta.  His name is Richard Van Camp and he is an incredible guy.  He wrote a book called “The Lesser Blessed” which was made into a movie with Benjamin Bratt among others (Bratt was on the original Law and Order, was Julia Roberts’ boyfriend for a while and appeared in movies such as Miss Congeniality among others).  Richard has opened a whole new world for me in writing and is constantly trying to help me get published.  He is one of the most giving, funny, warm and caring people I have ever met.  Without these people in my life I fear I would slip into a depression in no time and at the very least stop writing, at the worst feel life wasn’t worth living.  I have to say though, that these friendships would not help, and would most likely be destroyed if I were to go off my medications.  I take three medications, one being the anti-depressant Prozac, which works a miracle on my depressive symptoms, Depekane, which is a mood stabilizer, and an injection every two weeks of a time-release anti-psychotic.  These are absolutely essential to my mental health and well being.

The last thing I wanted to address was the friends I have in the group home I live in.  I have the incredible luck to live in a multi-house, partially supervised group home run by a charitable organization.  I get an incredible deal on my rent though I have a very nice house to live in and a large room with space for the desk I am now writing on and most of my stuff.  There are a lot of great things about this place, but the most important of them is the fact that everyone here is either someone who suffers from a mental illness, or someone who is being paid to help someone with a mental illness.  Things are far from perfect.  People can sometimes be stubborn or uncaring, but with just a small amount of peace-branch offering from me just about everyone here can be counted as a friend.  This means that I don’t have to hide my illness, I don’t have to lie about not feeling good on a particular day, and I don’t get any funny ideas that all of a sudden I don’t need my medication, and lastly, it is very near impossible for me to isolate myself.

I think that anyone out there who has an illness needs to find a way to make friends with as many people who suffer like they do as they can.  The clinic I go to has a day program and different life skills classes, and that sort of thing can be a good start once you get out of the hospital.  There are also such things as the Schizophrenic Society, Bipolar Support groups, and more.  How do you make friends?  That can be difficult, but the first step is just to be in some way part of a community.  It could be the neighborhood you live in, it could be where you work, it could be where you work out, and if none of those apply to you, I think one should do their best to volunteer.  One year, though I hid my illness back then, I had an amazing vacation two weeks long in a remote area of Alberta that was incredibly beautiful simply by volunteering as a camp counselor.  It was so amazing, I met a couple of really nice young women, I got to work with some great kids and there was a swimming pool and hiking trails and more that I could take advantage of.  Another volunteer job I had was helping a pastor at a senior’s home.  I got to visit these wonderful old men who were mostly veterans and hear their stories and I am still friends with the pastor I worked with, now 15+ years later.  If anyone wants to ask questions or needs help locating resources in their area, feel free to drop me a line, if I can’t find something I have resources that may help.  My email as always is, viking3082000@yahoo.com  All the best! 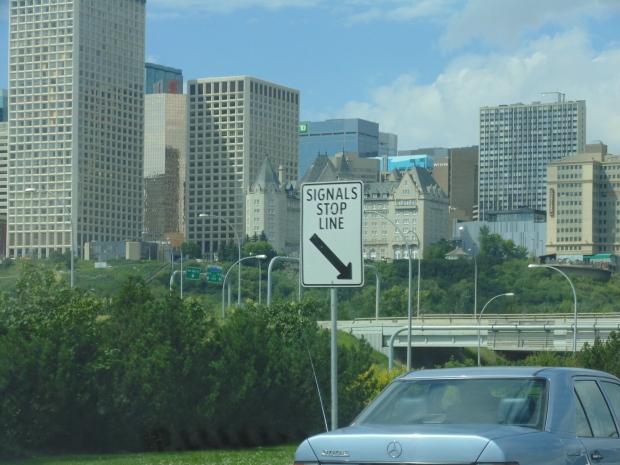